Our project covered the physics and chemistry of rockets. We also looked at the history of space travel and how astronauts used maths to keep their ships in space.

We were learning about Newton's Third Law of Motion. The force of push or pull. For every action there is a reaction. For our experiment we used vinegar and baking soda, vinegar is an acid that reacts with a base. We put them both in a bottle and put a cork in the opening. The reaction makes carbon dioxide. This gas pushed the cork out and the force pushed the bottle rocket upwards.

My favourite bit was the rocket launch. - Levi 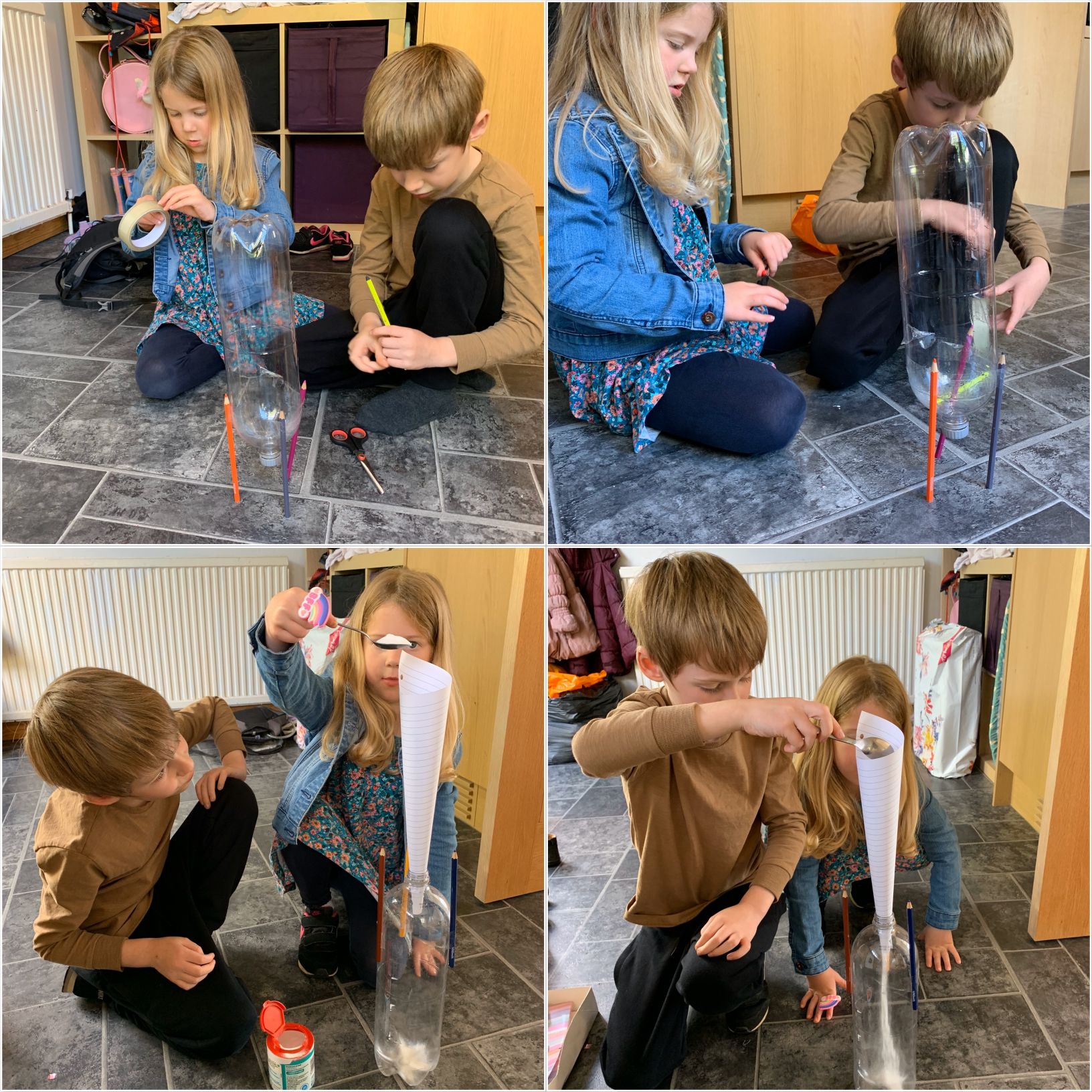 Man on the Moon

We also learnt about the first man of the moon, Neil Armstrong. We went to the National Space Centre and made our own rockets out of coloured paper. We rolled the paper into cylinders and then launched them using the air pressure from the launcher. We also saw bottle rockets being launched using water pressure too. We then learnt about a combustion reaction. The lady used hydrogen to fuel the rocket. She burnt the fuel and as the gas set alight it launched the rocket in the air like a firework!

My favourite part was when we trained to be astronauts. - Laila-mai 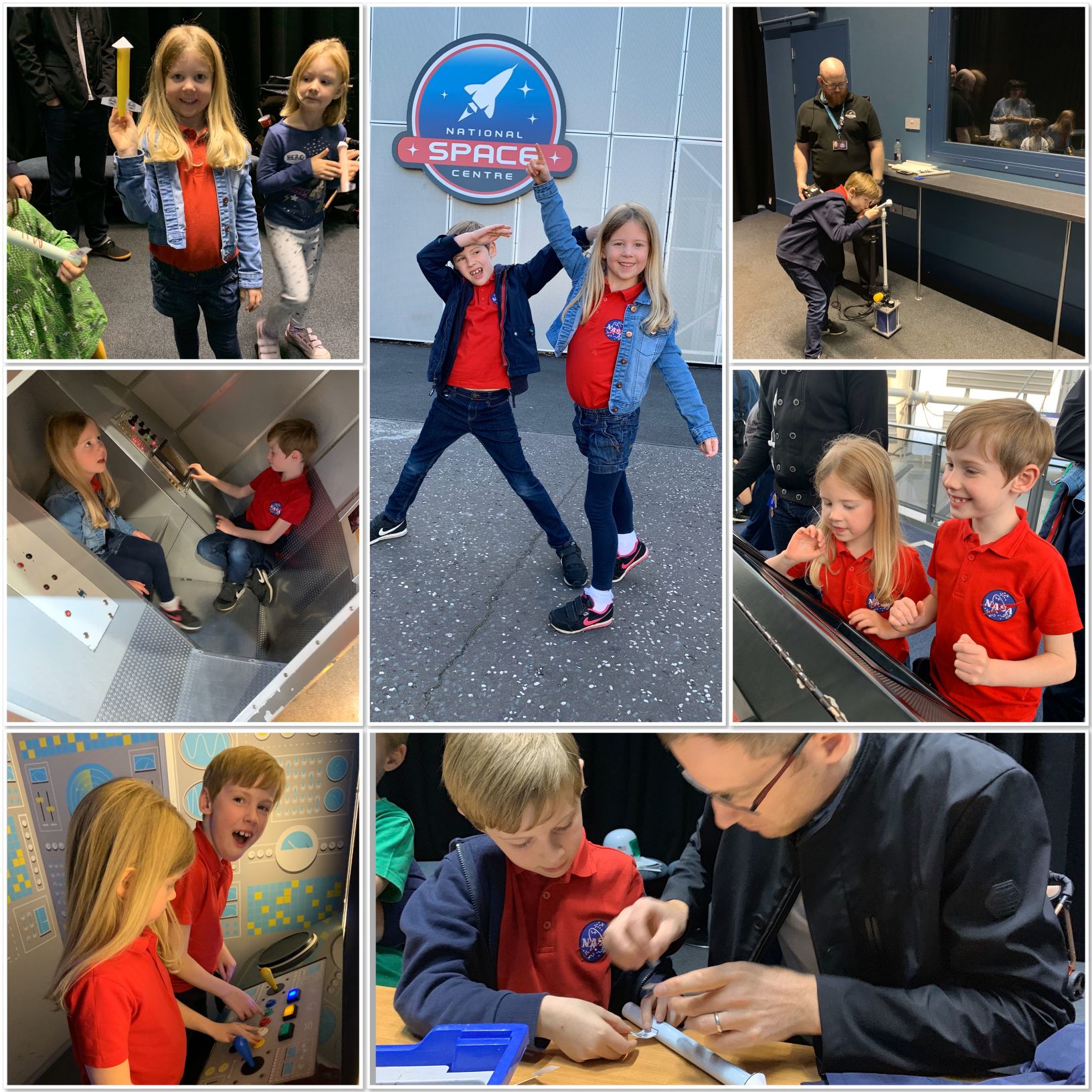