In history we looked back at the lives of early Britons starting with the Anglo-Saxons, how they lived, what impact they had on the landscape, and how they compared to the Vikings who came after them. We visited Jarrow Hall Farm, which is a reconstruction of an Anglo-Saxon village. It contained replica wattle-and-daub and timber-framed buildings based on structures excavated within Anglo-Saxon Northumbria. 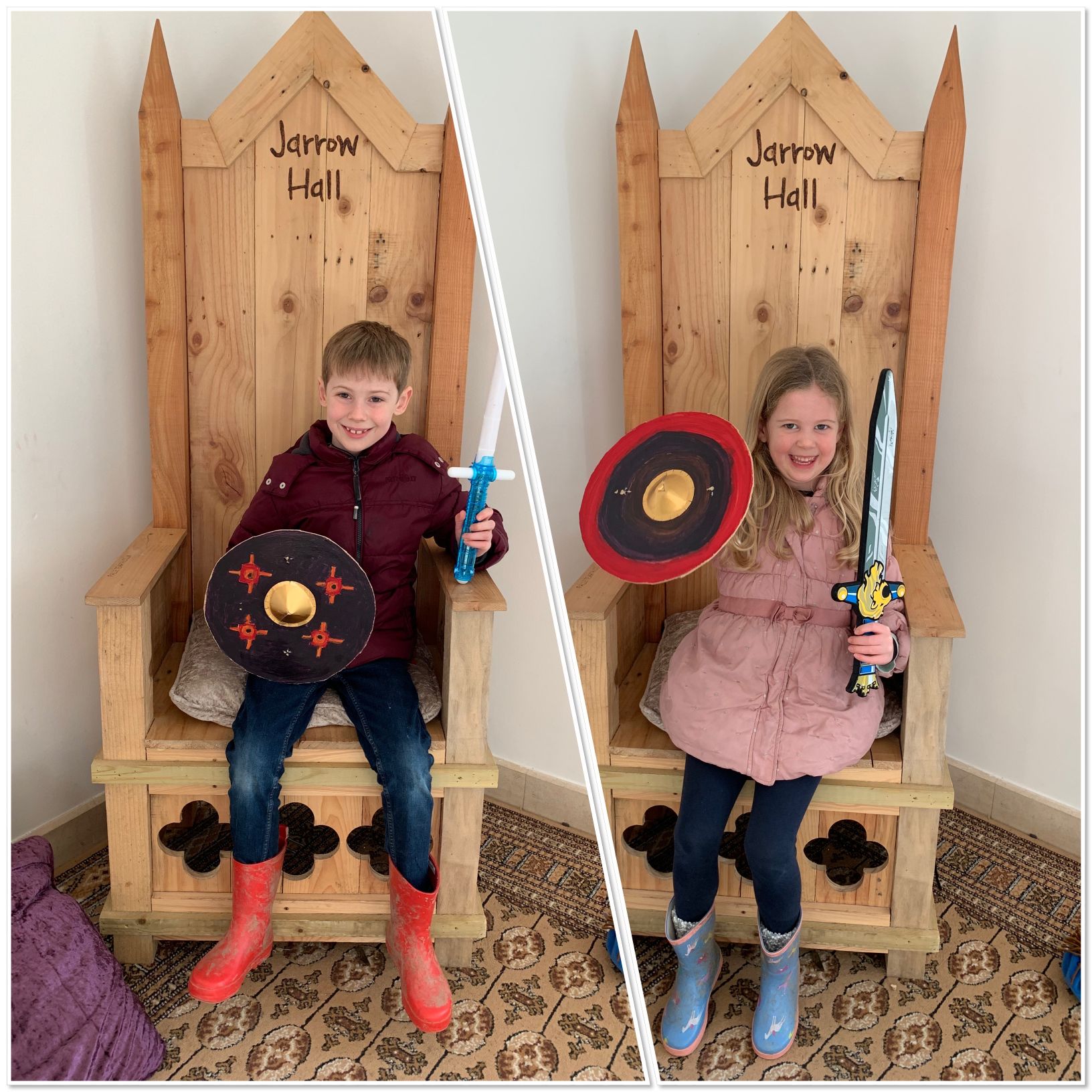 We were able to sit around a roaring fire inside the Thirlings Hall with an informative guide, who allowed Levi and Laila-mai to explore the various artifacts on display. 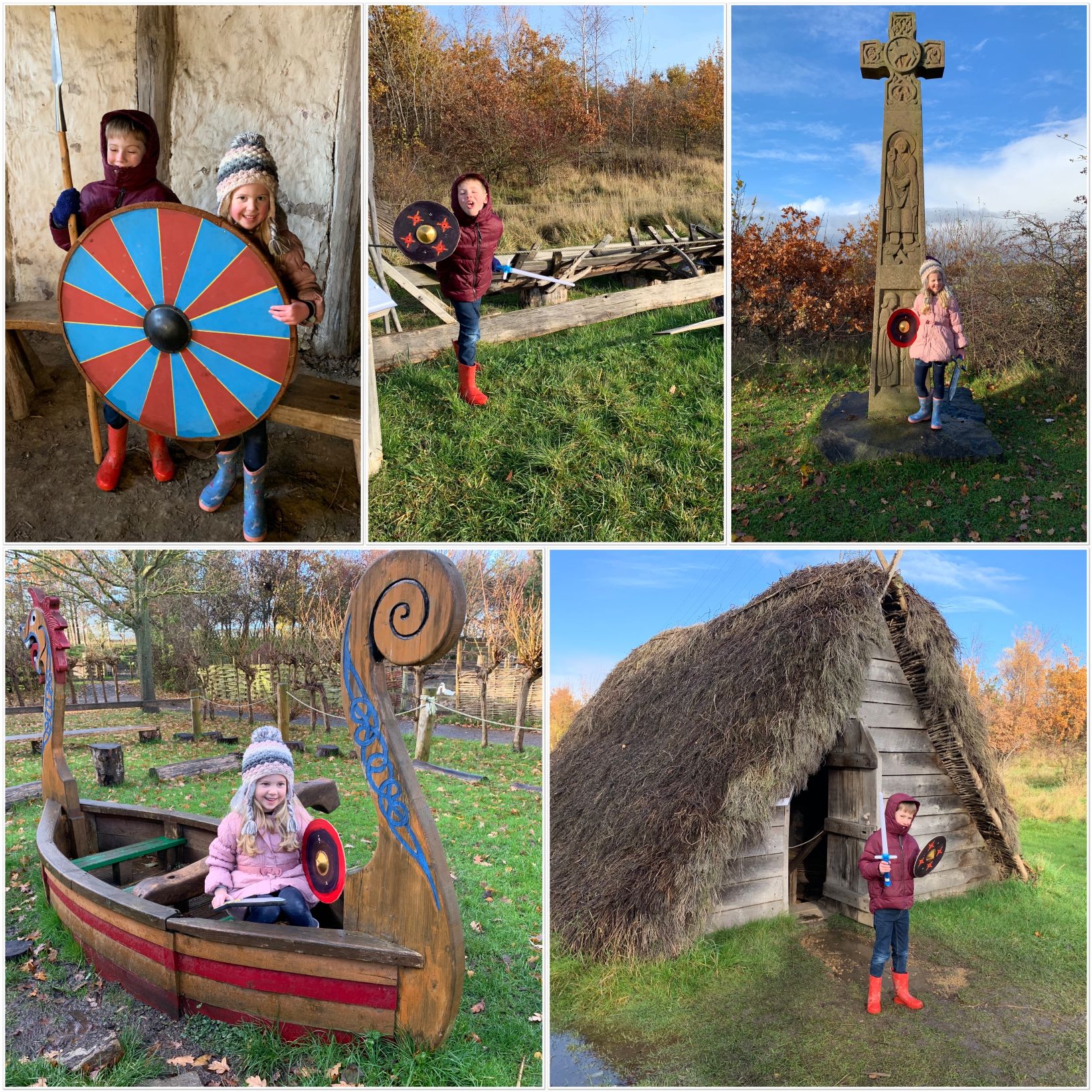 Our trip included a visit to the Jorvik Viking centre in York.

We went to Jorvik to visit the Viking centre. We took a tour through a Viking village. - Levi

As part of this topic, we visited the Birmingham Museum to see the Staffordshire Hoard, which is the largest collection of Anglo-Saxon gold and silver metalwork that has ever been found. 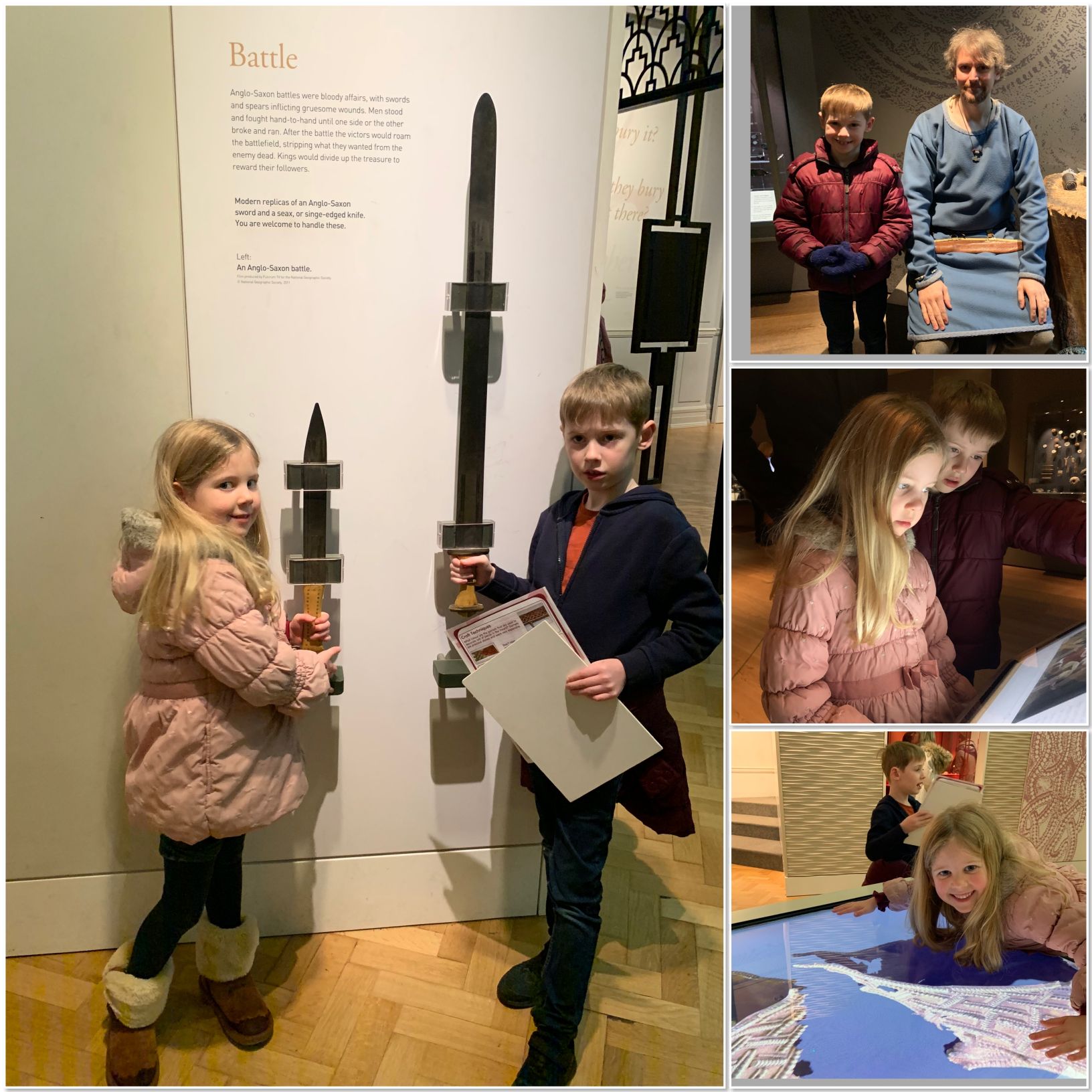